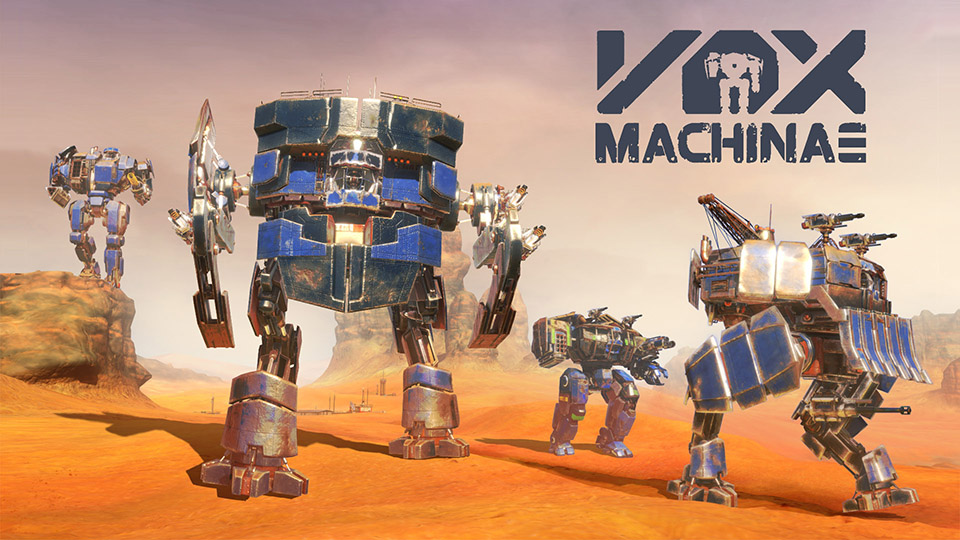 Vox Machinae is OUT NOW!

When we told folks a few weeks ago that Vox Machinae is releasing Early this fall, we meant REALLY early. Today at the Oculus Connect 5 keynote, we were given the great privilage of announcing our immediate release worldwide on both Oculus Store and Steam. You read correctly, Vox Machinae is OUT NOW.

We’d like to thank everyone who stuck with us over the years, whether it was the original prototype demo or another permutation along the way. We hope you enjoy what we’ve cooked up so far and encourage you to join us over on DISCORD to help shape the game it will ultimately become. As we enter Early Access, there will be tonnes of great improvements/features rolling out so stay tuned!

Hey what are you still doing reading this far down? Get Vox Machinae now by following the trail of hyperlinks below to your favourite digital game store, and we'll see you on the battlefield!

Get it on Steam or Oculus Store.