There’s just no two ways about it, jumpjets play a vital core role in Vox Machinae’s gameplay. Oftentimes jumpjet use can be the difference between getting the edge on your enemies and being stuck without a paddle. Whether they’re used for brunt force impact, to gain a tactical advantage, or a simple hit’n’run, we’ve given em the affectionate saying, “jumpjets are life.”

Jumpjets as a blunt Weapon

Since Vox is entirely physics-driven, we’re able to leverage jumpjets in ways most other games can’t. Take Goldrush for example, its built-in cowcatcher together with an extra pair of jets gives it a unique physically-forward punch. Able to ram at double the speed, it can take out an enemy with a single crafty trajectory. Aim too high however, and good old physics will teach you that you can’t survive so good without a set of legs to stomp on. Other grinders can get in on the collision action too using their bodies and jumpjets to forcibly remove enemy limbs. 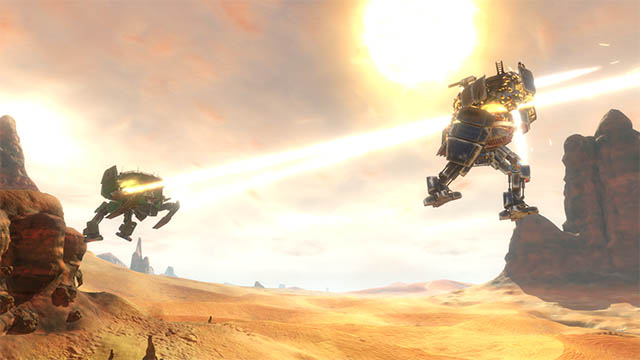 The battlegrounds in Vox Machine were built to be vertically exploited with the use of jumpjets. Perch atop the biggest rock at the center of all the action on the Serpent Plains, or seek a spikey shelter between the spires of Pierced Valley. Using your fuel wisely is key since limited fuel supply means you have to be careful where you take it to zero. And although it will self-recharge over time, you don’t want to be stranded too long without fuel in a sticky situation. 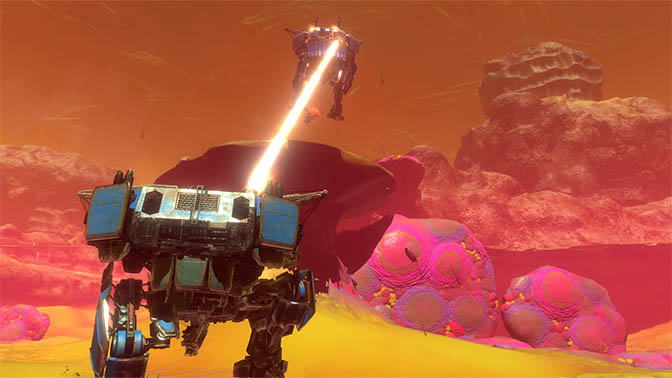 Jumpjets for a tactical advantage

And it’s not just about getting from point A to B either. Use a lighter grinder’s jumpjets to arc swiftly around to Goldrush’s weak back-plating, or try death from above on a Catalyst’s exposed head. Another tactic when faced with an incoming Goldrush is to simply jet out of the way, bruising their ego and armor plating in the process.

One standout Grinder with purpose-built jumpjetting is Drill. While it’s fuel capacity is small like its svelte physique, it can recharge like nobody’s business, enabling it to hover effortlessly. Not only that, but it’s built with unique upward firing jets that will propel it down for a punishing drill attack or a timely air dodge. 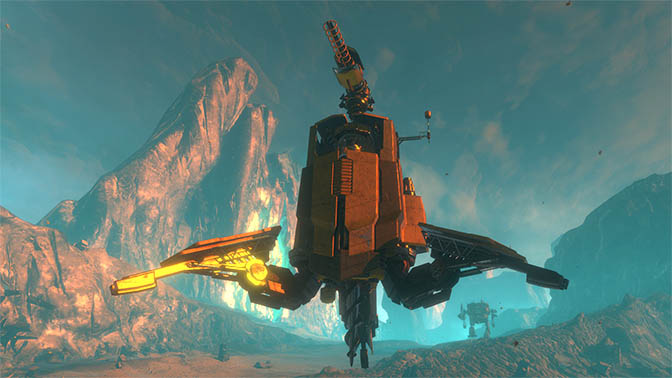 Built to complement our grinder’s lumbering pace, jumpjets offer exhilarating maneuverability that’s fun to mess around with and a challenge to master. Vox Machinae will be blasting through the Early Access gates later this year, so keep watching the skies (and this space) for more info to come.